…unisex botanical perfume, when you want to align with personal strength, power & will…

Vigoureux – supports strength and courage to your connection to magic – ‘Love is Magic, Magic is Love’

This botanical fragrance is one that supports harmony, tranquility, love and blessings in life through strengthening the divine masculine within. A true Magician.

Blended for Gods and worn by Gods and Goddess to ground, support and strengthen divine masculine personal energy.

Spirit notes of Lavender open into green floral and spice, which open and activate heart energy all grounded and strengthened by Earth notes of wood and roots then activated in quartz crystal to further amplify personal power, love and blessings.

This creation is a unisex botanical perfume when you are aligning with personal strength and power. 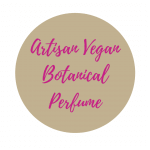 This creation is a unisex botanical perfume, when you are aligning with personal strength and power.

In numerology this fragrance resonates to the number 1. energy. Power, Strength, Magician, Magic and the strength of pure non conditional Love.

Originally I had called it ‘Cernunnos’ or ‘the green man’ until I asked a young man to try it.

He said that within 2 minutes of applying it he felt really powerful and strong. His spine felt aligned and he felt really tall, strong and confident.

From his comments and reaction I changed the name from Cernunnos to Vigouruex to fit with my French theme at the time. This fragrance has all the intended energies of the ‘Green Man Alchemy’ with the addition of  the feeling of STRONG  which I felt blended perfectly with our reliance and union or ‘reunion’ with nature.

The Green Man is a pagan nature spirit, a symbol of man’s reliance on and union with nature, a symbol of the underlying life-force, and of the renewed cycle of growth each spring. He has evolved from older nature deities such as the Celtic Cernunnos and the Greek Pan and Dionysus.

Some say that the Green Man represents a male counterpart – or son or lover or guardian – to Gaia (or the Earth Mother, or Great Goddess), a figure which has appeared throughout history in almost all cultures. In the 16th Century Cathedral at St-Bertrand de Comminges in southern France, there is an example of a representation of a winged Earth Mother ‘Lillith?’ apparently giving birth to a smiling Green Man.

The Green Man can be seen as stone and wood carvings in churches, chapels, abbeys and cathedrals in Europe (particularly in Britain and France)

I feel this essence was captured in the alchemical process of making ‘Vigoureux’. Why don’t you try it and see for yourself.

NB: Outer packaging may change with each hand made batch. Colour theme remains, always sent with love and magnificent packaging just for you, as a gift or for your special occasion.